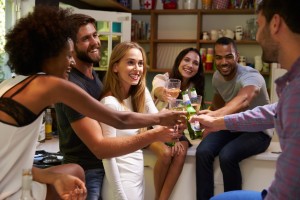 If you’re throwing a party for a beer lover in your life, your first thought might be an at-home beer tasting. But this can become a bit of a pain (not to mention a drain on your pocketbook). Plus, any party you throw at home will necessarily be limited by the size of your living space. In most cases, it’ll actually be much easier and potentially even more affordable to book an event hall or party catering service to take care of the logistics. Here’s what you need to think about when it comes to choosing a restaurant or party catering service that will give you exactly what you need for a somewhat sophisticated beer-centered party that’s far removed from the keggers of your youth — without being stuffy.

Would anyone in your life love an upscale beer-focused bash? Discuss here or on social media.