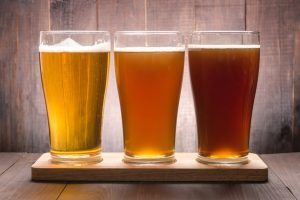 Even though the U.S. is a melting pot of cultures, everyone seems to drink alcohol differently. A study in 2014 showed that 41% of American drinkers reported that they most often drink beer, 31% chose wine, and 23% enjoy liquor and cocktails.

If your preferred way of drinking has fallen flat recently, then maybe it’s time to switch things up. So the next time you’re at a bar for happy hour and are tasting some craft beers and international brews with your friends, impress them with some drinking traditions from around the world. Read on to get a little cultured.

8 of the world’s weirdest drinking customs

France
In France, ladies are always served first, no exceptions. Wine glasses are only filled halfway — but that’s not to say you can’t choose a large glass — and it is considered vulgar and uncultured to pour your own glass.

Italy
Don’t go to Italy if you’re looking for craft beer pubs. Italians typically only drink wine and water at dinner, and if they’re getting crazy they may bring some soda to the table. Beer is considered a no-no. How sad.

Germany
On the night before the wedding, the groomsmen will kidnap the bride and bring her to the local pub. The groom must come and buy the group a round of beers before the bride can be rescued.

Think of it as a friendly form of kidnapping?

The Netherlands
While you may think the only alcohol to come from Holland is Heineken, the Dutch actually love their whiskey, too. So much so that they invented a “head butt” method for drinking whiskey. This no-hands process requires bending at the waist to take a sip followed by chasing with a pint of beer.

Russia
It is considered disrespectful to place your empty beer glasses on the table, so Russian pubs require you to put them on the floor when you’re finished.

Nigeria
At a wedding, the bride and groom must both finish their drink of palm wine before they are legally considered married.

India
Alcohol in India is considered sacred — but of course — and is used in order to achieve a higher level of consciousness that is meant to connect you to the divine.

Iceland
Icelanders love their drinks so much that they dedicated their own weekend to celebrating alcohol. Verslunarmannahelgi is the the name of the famous August celebration, and if you can pronounce its name after the event is over, you’re doing it wrong.