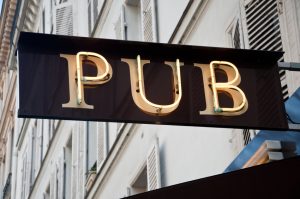 Back in 2014, 41% of U.S. drinkers reported that they typically drink beer, 31% reported to be wine lovers, and 23% liked to stay with hard liquor. But, it is safe to say that once March 17th rolls around, the drink of choice will be a cold, frothy Guinness down at the pubs.

Yes, that’s right — when it comes to St. Patrick’s Day in the States, every American you know will be celebrating their Irish roots. Sure, there may be a few American craft beers in hand, but for this one day a year, it is not unusual to see shots of Jameson Whiskey, Irish coffees, Bailey’s Irish cream, in the clutches of green leprechauns at your local watering holes.

Let’s be honest here. Besides the green shamrocks, do you really know much about the tradition behind Saint Patrick’s Day? Here we explain some history behind the traditions.

With these fun facts in mind, come on down to our St. Patty’s Day events March 13 and 17! We’ll guarantee you a great, Irish time!