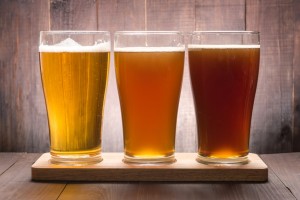 Do you deeply appreciate the value that good craft beers contribute to our society? Hopefully you answered, “Heck yeah, doesn’t everyone?!” If not, we hope to change your perspective by the end of this article.

By definition, craft beer is beer that is made in a small, independent brewery (that produces less than 2 million barrels per year) with a little extra love and magic, instead of being produced in mass by one of the few mainstream beer producers that stock the grocery stores. According to the Brewers Association, there are 3,418 craft breweries across the country, and those 3,418 magic makers have created a market worth $19.6 billion. In fact, craft beer is becoming so popular that the market has more than doubled in the last two decades; in 1996, the U.S. only had a measly 1,149 craft beer producers to choose from.

So why is craft beer all the rage so suddenly? Here are the top five reasons good craft beers are sweeping the nation:

Are you a connoisseur of good craft beer? What draws you to the liquid gold produced by the little guy? What is your drink of choice when ordering a craft beer? Let’s continue our conversation in the comment section below.